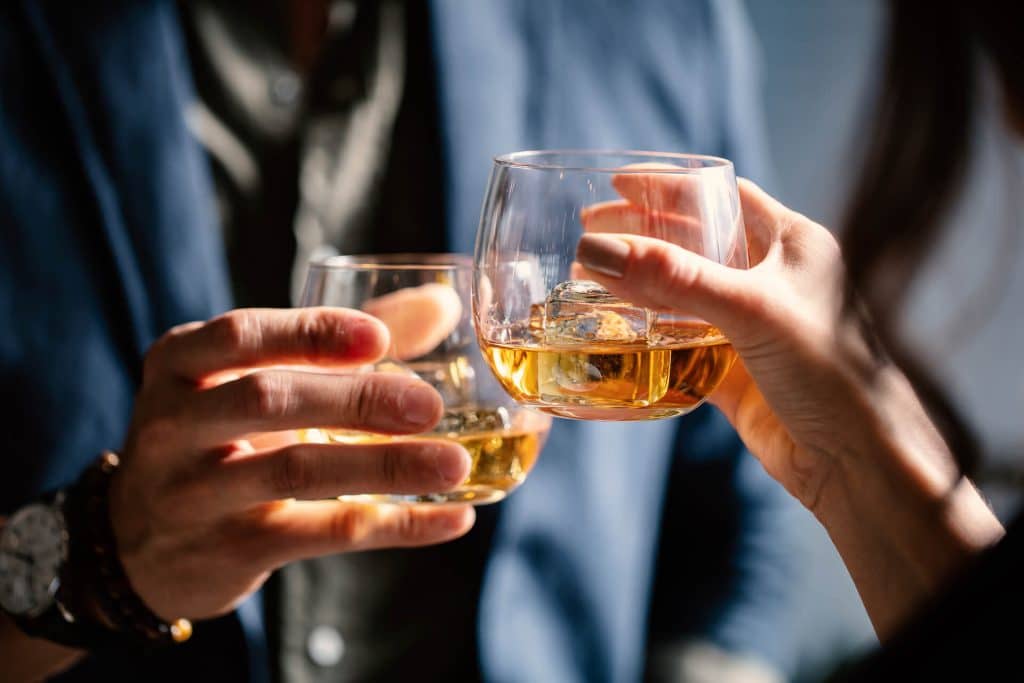 Whiskey is a serious drink. So serious that its story hails all the way back to 1000 AD when wine-making monks began migrating from Europe into Scotland and Ireland. With nary a grape in sight, they started distilling grains into alcohol instead. The much-loved golden liquor they produced soon caught fire throughout the Celtic countries, where the first official whiskey distilleries sprang up.

Centuries later, the art of making this high-proof alcohol arrived with early American settlers to our own shores, where it was also highly valued. In fact, whiskey was so valuable that it was used as currency during the Revolutionary War. Apparently, when you’re founding a country, you need a damn fine drink to go with it.

Since then, whiskey has remained ever popular in the U.S. In 1964, Congress went as far as to name bourbon whiskey the “official distilled spirit of the country.”

So other than apple pie and baseball, what could be more American than learning how to make your own homemade whiskey? Theoretically, that is.

Because despite our almost patriotic zeal for whiskey, it (like other high-proof spirits) is illegal to make at home. But in the interest of history, we are going to walk you through the theoretical process of making it anyway.

From making your whiskey mash, fermenting your mash, distilling and aging it, we’re going to lay the whole home brewing process out for you. Of course, you would only be making and enjoying this whiskey in a far away and hypothetical world where it wasn’t illegal to distill it at home.

That being said, let’s get this hypothetical party started.

As we mentioned, whiskey is a grain-based alcohol. Some whiskey is made from a single grain like corn, wheat, barley, rye or oats, but many are made from a combination of these grains to impart a unique flavor.

But even though a combination of grains may be used, a rye whiskey only needs to contain 51% rye to deserve the name, while a bourbon whiskey must be at least 51% corn.

Since we’re focused on good old American whiskey in this article, we’re going to use the rye whiskey recipe that was used by George Washington himself. He’s the father of our country, and as it happens, the father of a darn good rye whiskey.

Now that’s what you call an icon.

What You’ll Need to Make Your Mash

Before we get started with the homemade recipe, here’s what you’ll need to make your mash:

2: Once your boiling water reaches 165F, turn off the heat and add the malted rye and flaked corn.

4: Once the 7 minutes are up, stir the mixture for 30 seconds every 5 minutes until it cools to 152F (We told you you’d need a thermometer!)

5: Once the mixture drops to 152F, it’s time to stir in the half pound of crushed malted barley.

6: Now stir the mixture for 30 seconds every 20 minutes until it’s cooled to 70F. Yes, that’s going to take several hours, but if you want to speed up the process, you can use an immersion cooler to help things along.

7: Once the mash has cooled to 70F, add the whiskey yeast according to the instructions on the packet.

8: Now, you’re going to aerate the mash by pouring it back and forth between two containers for 5 minutes. Yes, it’s a workout. But you can do it!

9: And there you go! You just made your whiskey mash. Next will move on to the fermentation process.

What You’ll Need to Ferment Your Whiskey Mash

To get your fermentation process going, here’s what you’ll need:

How to Ferment Your Whiskey Mash

1: Once you’ve aerated your mash, it’s time to pour it into your fermenter. Be sure that your bucket has a lid and airlock. Airlocks allow air to enter your fermentation mix but keep unwanted bacteria out.

2: Leave your mash to ferment for a week. During this time, the starches from the grain will be breaking down and converting into sugar.

3: After one week, remove a small bit of liquid from your mash (with no solids) and put it on a plate.

4: Now add a few drops of iodine. If the liquid turns blue, starches are still present, and the mash needs to continue fermenting. Discard the sample and leave your mash to ferment again.

5: Repeat the same test every few days until the liquid doesn’t turn blue.

6: Once fermentation is complete, use a cheesecloth to strain your mash water into another container. Be sure there are no solids in your strained mash water.

Whether adjusting the pH up or down, be sure to add the citric acid or calcium carbonate only a little at a time. Keep testing until you achieve the desired pH.

And that’s it! You now have your own whiskey mash that’s ready to be distilled!

What You’ll Need to Distill Your Whiskey

You’re almost ready to distill your mash water. During the distillation process, you’ll be separating out unwanted substances such as methanol, acetone and other alcohols that can be harmful if consumed.

Many experts will tell you that distilling the best quality spirits is all about the details. And one of the most important (and sometimes overlooked) details is cleaing your equipment.

Even if you cleaned your still thoroughly after its last run, you should plan to clean it again. Also, be sure to make sure all of your equipment is properly attached.

If your still has a condenser, you’ll also want to hook up your water input and output.

2: Now, siphon your mash water into the still using a cheesecloth to make sure there are no solids or sediments.

3: Turn on the still and slowly bring the temperature up to 150F.

5: Now turn the heat to high until your still starts producing 3 to 5 drops per second. Once you’ve reached this drip rate, turn the heat back down to medium to maintain it.

Now comes the fun part - collecting your whiskey! But don't think that because you’re nearing the end of the process that you can slack on your details.

First of all, be sure to collect your distillate in a glass container as plastic could lace your whiskey with BPA.

When distilling any liquor, you can't consume everything that comes out of the still. You will need to separate the foreshots, heads, hearts and tails of the run. Experienced distillers make this process an art form.

Let’s talk about this in a little more detail.

Approximately the first 5% of the liquid that comes out of your still is what’s referred to as “foreshots.” THIS PART OF YOUR RUN IS TOXIC AND CANNOT BE CONSUMED. Foreshots contain methanol which is extremely poisonous and volatile.

In fact, drinking methanol is so dangerous that it can actually result in blindness or even death, which is why it’s vital to separate your foreshots and throw them out.

So to repeat - toss the foreshots!

About the next 30% of your run is what distillers call “heads.” This part of the run is also filled with volatile alcohols that you DON’T want to consume. One of the main components is acetone.

If you have a sensitive nose, acetone is usually pretty easy to identify as it smells like solvent. And while acetone won’t kill you, consuming it will make you feel seriously awful -like beyond your worst hangover awful.

So like the foreshots, you’ll also need to toss the heads parts of your run.

Hearts are the sweet spot of your run. After the heads, they compose approximately the next 30% of what comes out of your still.

This is where having a good nose really comes into play. Gradually you should notice that the solvent-like smell of acetone begins to diminish while the more sweet smell of ethanol starts to come forward.

Experienced distillers pride themselves on being able to identify where the acetone ends, and the ethanol begins. Part art, part science, developing this skill will help you produce the highest quality whiskey.

The last 35% of your run is what’s called the “tails.” You can usually identify the tails by tasting a small amount of the liquid on your finger. You should notice a drop in sweetness as well as an oily residue in the liquid that comes out of your still.

Like the foreshots and heads, you won’t want to drink the tails of your run as they contain fusel alcohols like propanol and butanol.

You can, however, set them aside and use them as the wash for another run in order to pull out more product. (But as in your original run, you’ll need to toss the foreshots, heads and tails.)

Once you’ve collected your whiskey distillate, you’ve arrived at a fork in the road. This is where you have to decide whether to age your whiskey or go straight to bottling it.

Most rye whiskies are aged between 1 and 3 years, though you could decide to age your whiskey for less time. If you decide to skip the aging process altogether, what you’ve made is technically moonshine, also known as white whiskey.

Traditionally, whiskey is aged in oak barrels or with oak chips, which give it that golden hue. During this time, the distillate absorbs the oak flavor of the barrel. The barrel also helps to make the whiskey smoother by drawing out some of the harsher elements that are present in a young whiskey.

Aging does take time, but it will definitely improve the flavor profile of your final product. Some producers of whiskey even age their product in rum or brandy barrels to give their whiskey a unique flavor profile.

After the aging process, it’s time to test the ABV or Alcohol By Volume of your final product. You can do this using a hydrometer. Rye whiskey should have an ABV of between 40 to 80% (or 80 to 160 proof) to be considered rye whiskey.

If the ABV is too high, you can use purified water to dilute it before bottling.

We’ve now come to the end of our hypothetical whiskey-making journey. Part science, part art, making a high-quality product takes time, attention to detail and a good nose when collecting your distillate.

We hope this guide has given you some appreciation for what goes into making a good rye whiskey. Even if you never make whiskey yourself, you definitely have enough fun facts to whip out at your next cocktail party.

So the next time you raise a glass of the good stuff, remember it’s America’s official spirit and be sure to savor it properly. 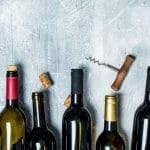 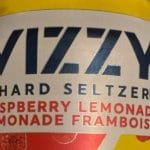 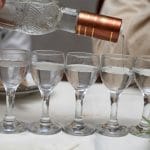 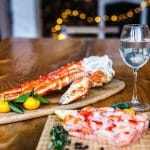 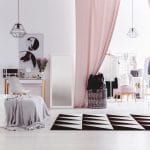 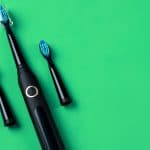 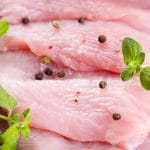 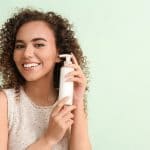 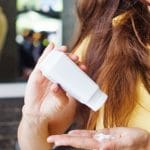 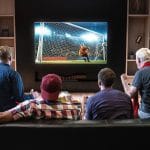 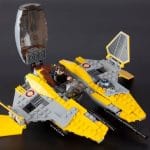 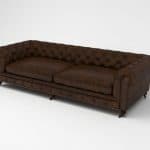 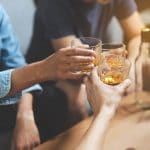 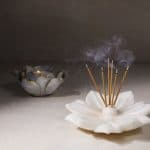 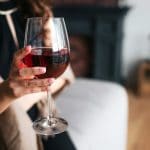 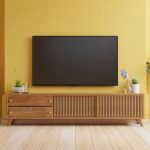 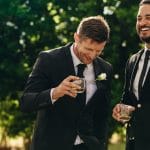 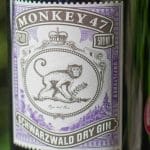 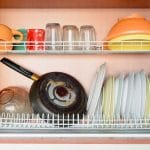